For most of our time in Finland I have had a rather conflicted relationship with the place. It was a tough adjustment for me during the cold, dark days of winter when I had no language skills, no ski gear, and no Finns to call my friends. Despite enjoying the overall experience of living in an unknown place and the obvious adventure that that alone brings to each day, the lack of real social ties was wearing on me. Even though at home in the states I am an admitted homebody, I was really feeling the desire to have some semblance of a social life again, something a little bit warm and fuzzy.

Things started to change with the onset of spring. Chris jokes that as the weather got warmer, the people came out of their shells. It seems to be true. In the last month, we received more invitations to coffee or dinner than we had in our first three months. We both started saying to each other that maybe with a little bit more time in the country we would like it more. 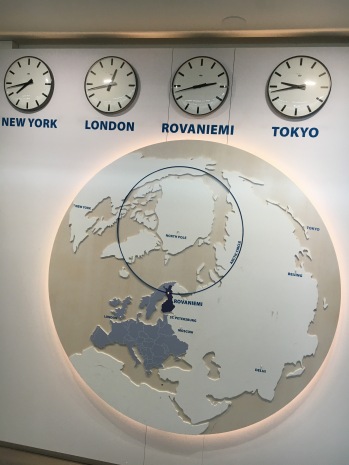 Then we went to Rovaniemi and got the real deal: Finnish hospitality in Lapland thanks to Leena, Timo, Essi, Johanna, Paulina and Mikko with a dash of the Vappu holiday for good measure. It was warming up.

Essi lives in Steamboat (where we live at home) but is from Rovaniemi.  I met her last summer and she mentioned that I should really try to get up north during our time in Finland.  We tentatively thought we would go in March but it didn’t happen.  All of a sudden time was running out so, on a whim, I bought plane and train tickets for the last weekend in April.  Essi commented that it was like the equivalent of mud season in Steamboat that time of year and that there wouldn’t be much going on.

“It’s okay,”  I messaged her, “We just want to see another part of Finland.”

Essi bent over backwards to arrange an amazing visit with her parents, Leena and Timo.  They let us stay in their upstairs apartment and then Essi coordinated several of her friends to come over and help translate so we could enjoy our time with them (since my Finnish is so pathetically lacking!).  We basically did our own Finnish homestay: we relaxed, Lou played in the yard and the treehouse Timo built (or “birdhouse” as Lou preferred to call it), we drank coffee with them, they showed us around town, they showed us the ski area Ounasvaara, we all celebrated Vappu.  It was the first time in the last four months that I was utterly and completely relaxed the whole time. 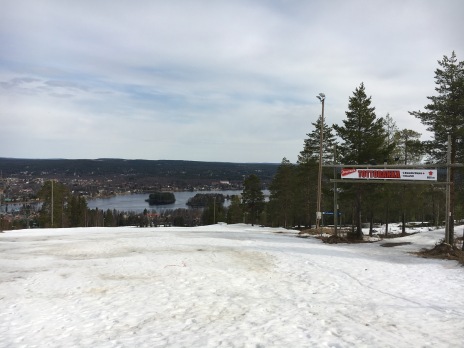 Mikko, a friend of Essi’s, picked us up at the airport and drove us to meet Leena and Timo.  Leena put out a spread of homemade treats and assorted surprises: Karelian pies, pastries, leipäjuusto (squeaky bread cheese, grilled) with cloudberry jam.  We drank coffee and Mikko helped us introduce ourselves.  Lou was enamored with Leena and the Moomin mug she set out for him.  Then, Johanna (another friend of Essi’s with five years in Steamboat on her CV!) came by to meet us and make plans for later in the weekend.  We felt warmly welcomed. 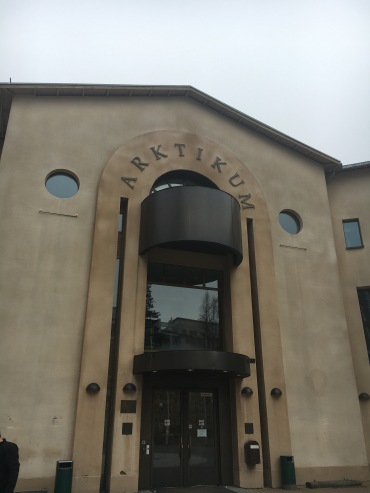 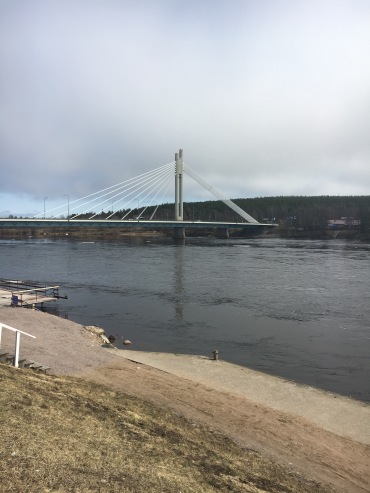 The next day, Paulina, a teacher friend of Essi’s, picked us up in the morning and took us to Arktikum, an arctic science museum.  Even though we were unable to see true aurora borealis this time around we got into the simulator at the museum and had a good time.  We ate lunch, walked the river trail, and she gave us a tour of town and the university.  For Lou, we even ended up at the Angry Birds park, a colossal playground that even the most jaded schoolyard ruffian would enjoy. 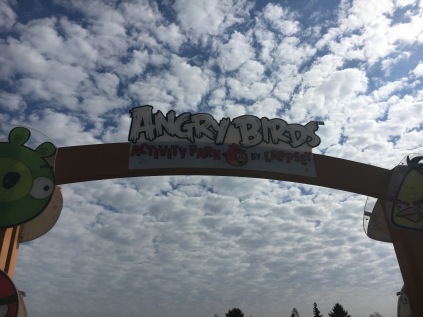 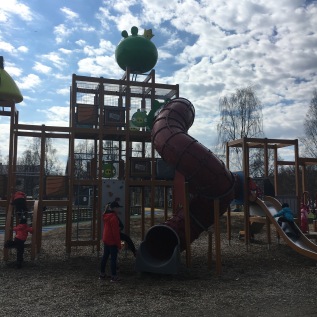 In the evening, there was a knock on our door after dinner.  Timo entered with homemade munkki that Leena had made (think doughnuts, but better), still warm, and sima, a traditional Vappu celebratory drink, sort of like mead.  We offered him a beer, relaxed for a bit and then he invited our family to use their downstairs sauna.  What an honor!  Leena had prepared it for us and we had our first successful family sauna meaning Louis actually got in with us for a bit and seemed to enjoy it!  Chris and I had both been in several saunas here but Lou had not shown any interest in the past.  The fact that he was willing to try it out in the comfort of Leena and Timo’s home is testament to the trust he felt and the comfort they provided us throughout our stay. 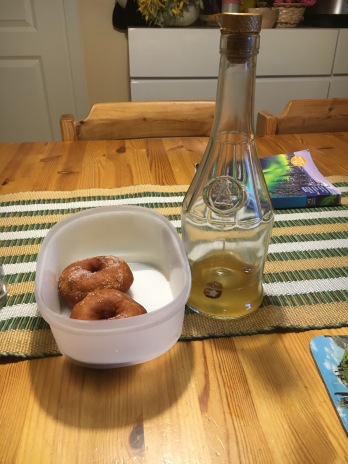 Sunday, Leena and Timo took us to see the Vappu celebrations at Angry Birds Park in the morning.  We got to join the families of the town at a carnival in the park with balloons, live music, treats and rides.  In the afternoon, Johanna took us on a kid-friendly hike in an Arctic wilderness area and afterwards, joined us for a Lappish feast prepared by Leena and Timo: stewed moose with lingonberries (yes, hunted by Timo), mashed potatoes, pickles and beets, salad, rye bread and cheese, and more goodies before dessert: ice cream with an assortment of wild berries (picked by Leena) and hand-whipped cream.  Oh and more sima to boot! 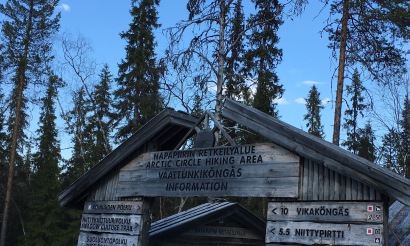 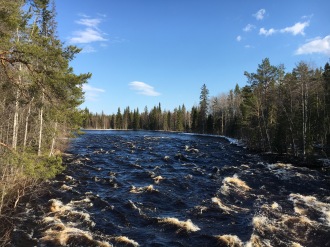 Monday, our last official day, was the day Timo and Leena drove us to see Santa Claus at the Arctic Circle (Joulupukin Pajakylä).  Lou was the only kid in the joint and got to meet Santa all by himself.  He was impressed by the old man’s beard but Chris and I, more so, his giant shoes and knitted socks.  I must say, meeting Santa on his home turf in the Arctic was pretty cool. 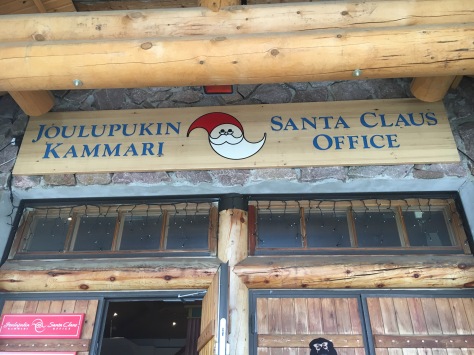 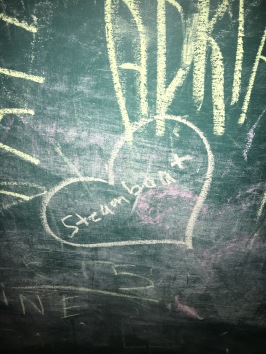 Monday evening we went downstairs to share some photos with Timo and Leena and remind them that the next time they come to Steamboat we want to make them a nice meal at our place.  Leena and I friended each other on Facebook and Timo and I texted each other some pictures.  We hugged and thanked them.

Early Tuesday, Lou and I crept down the stairs in the morn to bid Leena one last farewell before she went off to her swimming class.  Timo drove us to the train a bit later.

One thought on “The real deal”